All articles tagged with "Spit Slave"

Mistresses spit on guy for seducing them both

This guy wanted to make mistress Evike and mistress Roberta stop being in good terms so that he could seduce them both and fuck them both without it being a problem for him. So he tried to tell them crazy stuff about each other and he nearly succeeded until they met unexpectedly and talked and they realized he was messing with them. They planned to punish him for what he had done and that is how they spat on him and made sure he was fed purely on saliva for a day.

This mistress was so bored and nothing felt like fun and she did not know what to do. At that point, she felt like spitting, but she did not want to wake up from where she was. So she spat and then did it again and again until it became a game and she found herself doing it for fun and she managed to spend hours and hours doing it.

Mistress turns to saliva to punish

This mistress was angered by the acts of commission and omission on the part of this loser. She knew that it was important for him to learn his lesson and she did so using her spit. She poured spit she had collected on his face and she made him lick and swallow all of it. He was shocked but he did everything as asked since he was scared of the mistress.

Mistress Jardena wanted something from this guy but he did not give it to her. He was condescending towards her and she did not like it. She had to find a way to deal with him and she used her spit. That was to introduce her to him and make him realize that he could not mess with her or even waste her time. He had to do things the way she wanted.

Mistress Marta is a hot girl and she loves to use her hot body to tease guys and turn them into her toys. She got this one to be her spit slave. She spat on him and had him lick her saliva as well as do all the things she wanted him to do. He could not say no to her and she had fun recording all the things that he did for her. 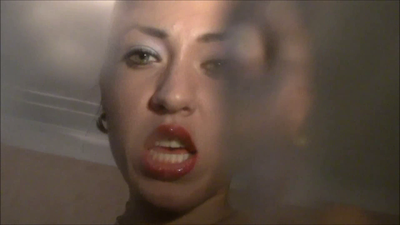 Goddess Yasemin wanted to piss off this guy and she did it with her spit fetish. The mistress had to make sure she made the guy get scared as well as never want anything to do with her. And she achieved that when she got the guy to see her playing with her spit as well as asked him to lick some of it from the soles of her shoes.

This mistress wanted this guy to lick her spit and she knew that asking him to do it would not make him do it. So she came up with a way to make him do it and it involved teasing him with her tits. He loved seeing her tits and he was turned on to the point that he did not realize that she was humiliating him. He realized it at the end of it all.

This mistress felt that this gym instructor was focusing more on hitting on her than helping her work out, which is what she was paying him to do. The mistress had to make sure he never did it again and so she spat into his mouth and she had him lick her feet and she facesat on him before she let him go. He was degraded and he was scared that he changed.

Lady Scarlet shows lady Selly how to spit on a loser

Lady Scarlet wanted her friend lady Selly to learn how to dominate and humiliate losers. The mistress felt that her friend was too lenient and that she did not know how to stand up for herself. She told him she did not want her to learn hardcore methods of punishment. Just the light ones like spitting on a guy and making him lick the spit and do a few other crazy things.